Roseville is a small village of some 1,000 or so people located in Warren County, Illinois.

Roseville is in Western Illinois in south central Warren County. U.S. Route 67 runs right through the village and intersects with Illinois Route 116. The Town Branch Creek flows to the east of the village. Roseville is located about 12 miles south of Monmouth and 18 miles north of Macomb.

Roseville was first settled as New Lancaster in 1838 (ref: Andrew Lancaster). The town’s title changed to Hat Grove in 1843 in recognition of a local landmark – a nearby grove of trees was shaped like a hat! In 1853, the name Roseville was introduced as part of the development of a railroad line through the town.

The Roseville Independent newspaper is now an occasional publication. A Facebook page for local news is here.

Shirley went to be with our Lord peacefully on December 17, 2015. She was born on February 9, 1928 to Elton and Lela Slawter. Shirley is survived by her son James and his wife Brenda, grandkids; Denise, Brine and his wife Natlee, great grandkids; Wyatt, Filesha, Tyler, Zach, James, Nick, Coree and Tracee,  and great-great granddaughter  Anabell.
She is preceded in death by her daughter Sandy. She will be missed by all.
Funeral services were held at the VA National Cemetery in Cave Creek, Arizona.
In lieu of flowers, please make donations to Hospice Compassus in Show Low, AZ.
Arrangements were handled by Silver Creek Mortuary of Taylor. 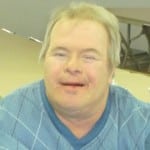 You may have missed

How to Avoid Conflict with Your Co-Parent Ex